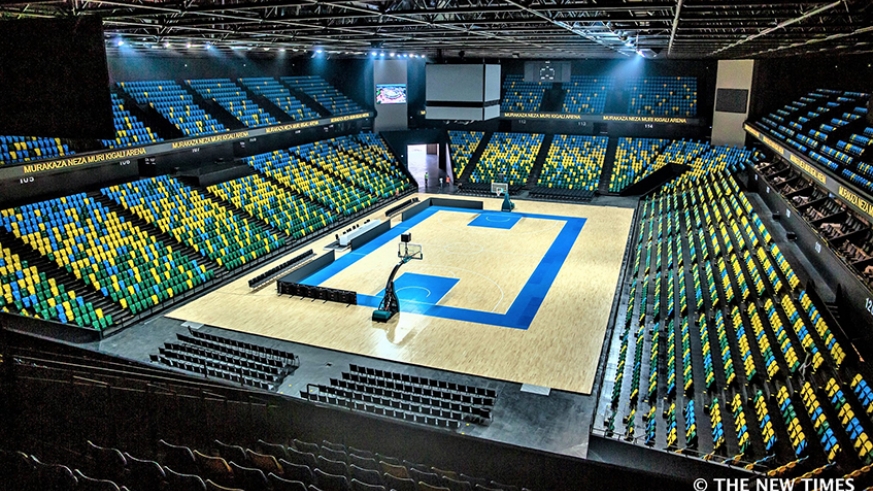 The league has been suspended in March since the first Covid-19 case was confirmed in Rwanda.

BK Arena has been confirmed as the sole venue for the remaining games of the 2019/20 BK Basketball National League as the championship nears resumption.

The league resumes on Sunday, October 18, ending seven months of break due to the Covid-19 pandemic.

For safety measures against the coronavirus, the teams participating in the tournament will enter camp on October 16 and will not be allowed to leave until it is over on October 24. All the teams will camp at Golden Tulip Hotel, in Bugesera District.

In an exclusive interview with Times Sport on Monday, Desire Mugwiza, President of the local basketball governing body (Ferwaba), confirmed that: “All the games will be held at BK Arena, and teams will be camping at Golden Tulip Hotel.”

“The tournament will be played in a protected environment (bubble), with team members only allowed to move from hotel to the games venue. We look forward to a safe competition.”

Mugwira further noted that, prior to entering camp, all players and staff of each team will again undergo Covid-19 testing and games will be played behind closed doors.

After the league’s completion, Ferwaba will shift focus on preparing the national team for the upcoming African Basketball Championships (AfroBasket) qualifiers due at BK Arena next month.

Rwanda will host three groups (A, B and D) in a 12-team qualifier tournament, while Group E will have their games played in the Egyptian city of Alexandria.