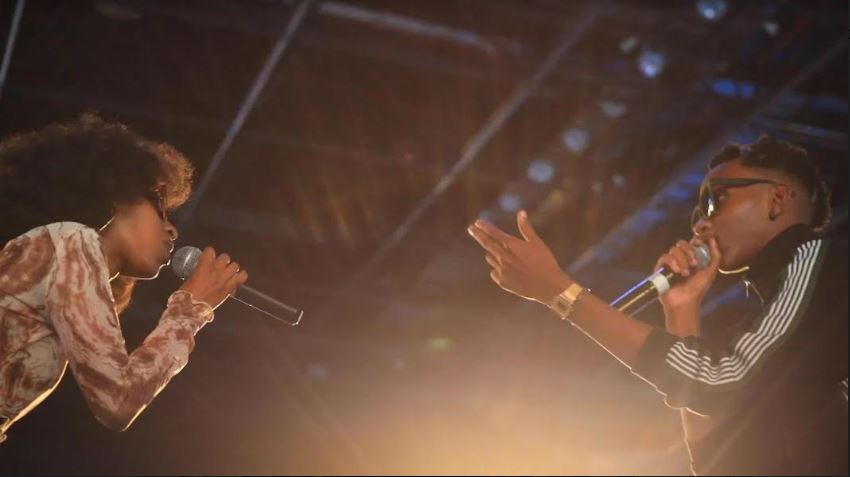 The Bank of Kigali’s sponsored first ever show “RAP City Season 1” which was highly anticipated this weekend did not disappoint.

Saturday evening, September 17, 2022, was historic for rappers who showed what they do best at BK Arena.

Amazing things happened in the concert where Rapper Bushali brought his son to perform at BK Arena.

Bushali Junior Moon who is two years old stole the show and danced some of his dad’s greatest hits such as KinyaTrap ku mugongo.

Young rappers Dope Zilha, hit the stage alongside Mapy and gave away their shoes and shorts during their performance, and returned to the backstage in boxers.

In this show, the KinyaTrap gang consisting of Bushali, B Threy and Slim Drip reunited on the stage again after reports that there was a bad atmosphere between them.

Kivumbi King and Ariel Wayz became MCs for the first time, with the help of Luckman Nzeyimana.

In the session of rap battle, young musician Admire, won a prize for headlining different events that will take place at the BK arena.

Meanwhile, the show paid tribute to Yvan Buravan, Dj Miller and Jay Polly who were considered one of the pioneers of this genre.

This show was organized by the Bank of Kigali in collaboration with QA Venue Solutions which manages the BK Arena in order to promote entertainment.

Entry was free for the holder of the ‘BK Arena Prepaid Card’ while for the rest, tickets were placed between Rwf 10,000 and Rwf 50,000.

BK customers were reminded that the best is yet to come, where BK Prepaid Card holders will get many benefits including shows like this, as well as discounts on other services located in this building.